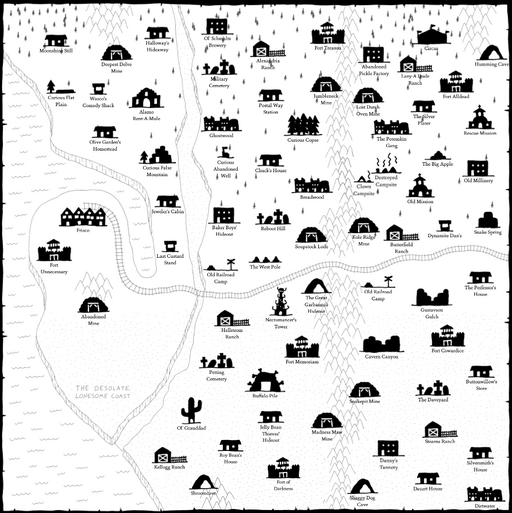 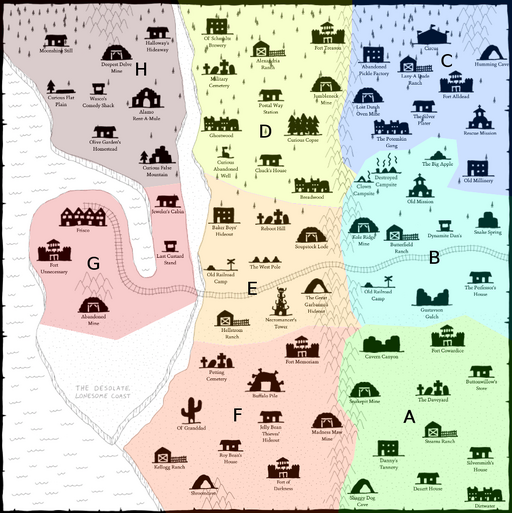 This page contains general information about Locations in West of Loathing.

The main West of Loathing map is divided into 3 main geographic areas (as well as the initial Prologue). The geographic areas are subdivided into 8 regions, identified internally by alphabetic letters A through H. Regions reflect relative difficulty, and are used to scale Bad guys.

East of the Mountains[]

West of the Mountains[]

The Desolate Lonesome Coast area was originally planned as an additional late-game area in West of Loathing, but was cut for scope. The initials hint that it might have been planned as a DLC add-on pack, but has not been released. Given the release of the Reckonin' at Gun Manor DLC, it is unlikely this will ever be explorable.